Auckland property prices slumped in September after the average asking price fell 3.7 per cent on the year prior to $882,850, the largest decrease in ten years, according to the latest Trade Me Property Price Index.

Head of Trade Me Property Nigel Jeffries said this was the sixth consecutive month that the region has experienced a year-on-year decline. “It’s safe to say the eye-watering price increases that Auckland had become accustomed to are now behind us and prospective first-home buyers will be pleased to know that it’s now that little bit easier to get their foot on the Auckland property ladder.

“It’s hard to say how long it will be before we see the Auckland market bounce back but for the next little while lower prices appear to be the norm.” 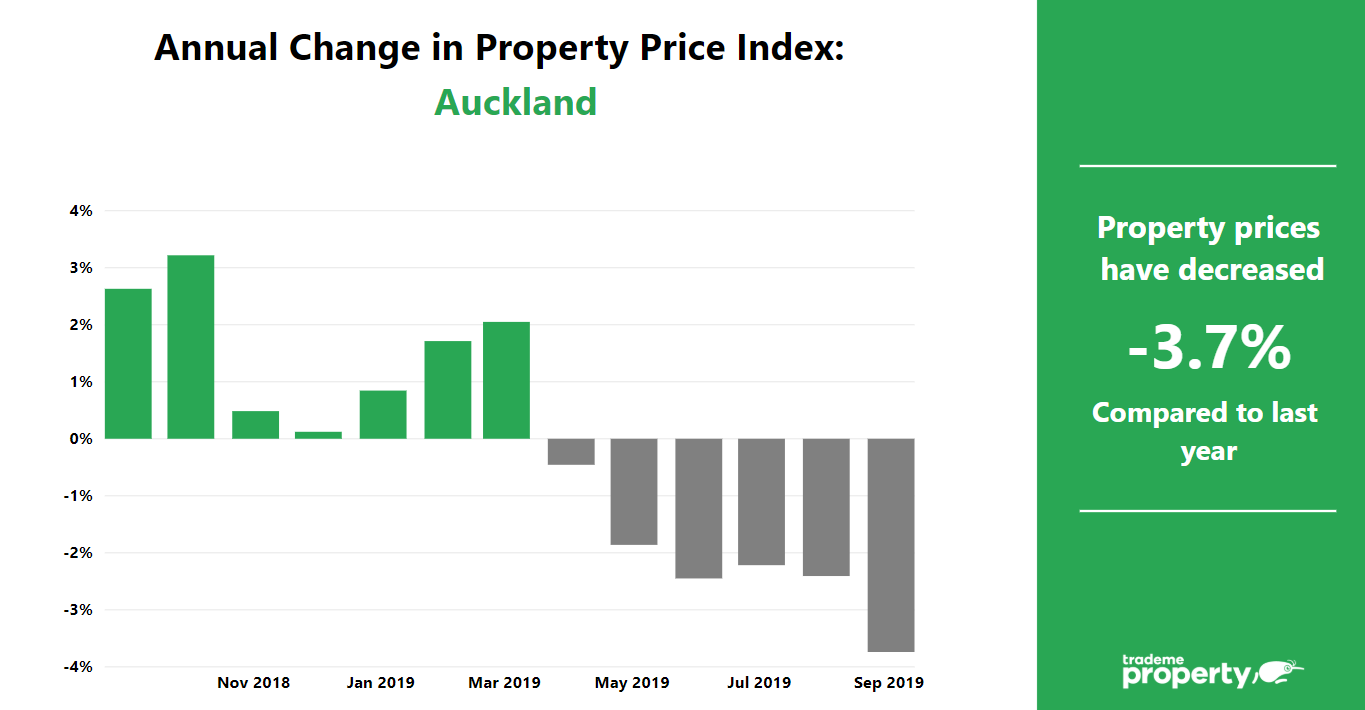 Mr Jeffries said some sellers in the region appeared to be sitting tight while the market continues to cool. “The total number of properties available for sale in the Auckland region dropped by 15 per cent on September last year and it looks like the cooling property marketing has some homeowners thinking twice about selling.

“Taking a look at the different types of properties for sale in the region, houses took the biggest hit in Auckland last month after prices fell 4 per cent or $40,000 on the year prior to $947,800. The one property type to buck the trend, however, was apartments with the average asking price rising 5 per cent on the same time last year to $681,500.”

Mr Jeffries added that despite falling prices, there’s still strong interest in the Auckland market. “Buyers are taking advantage of the cooling property market and sellers will be pleased to know that if they are looking to sell, there’s plenty of interest with listing views up 8 per cent on September last year.”

Mr Jeffries said property prices in Wellington took off in mid-2016, a few years later than the Auckland market, and have been gaining momentum ever since. 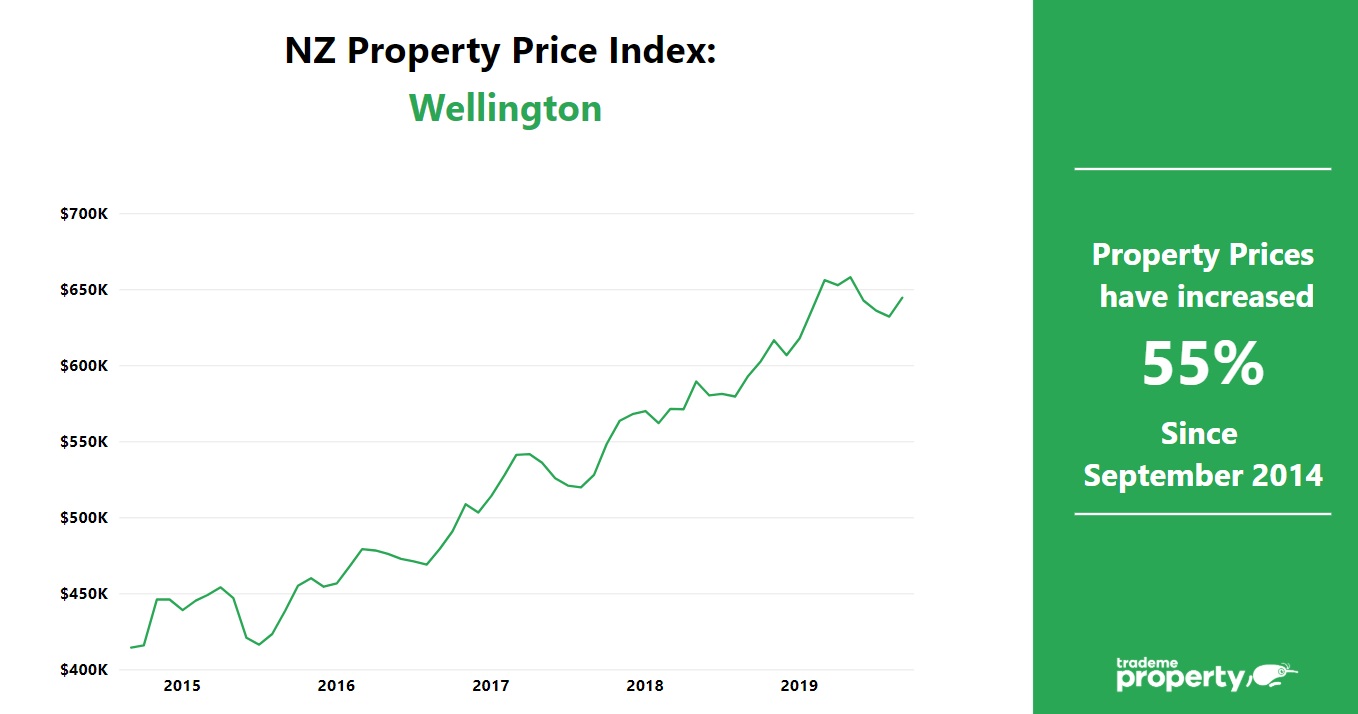 “We’re continuing to see strong price growth across the entire Wellington region which will give homeowners plenty of reasons to smile.”

“What’s driving these big price jumps is both a lack of supply in the region and rising demand. The number of properties for sale in Wellington was down 11 per cent on last year while the average number of views rose 2 per cent.

“Interest for properties in Masterton and South Wairarapa is on the rise after both districts saw listing views increase 15 per cent and 32 per cent on last year respectively.”

Mr Jeffries said all signs are indicating that property prices in Wellington are in for a very hot summer.

Mixed bag in the region 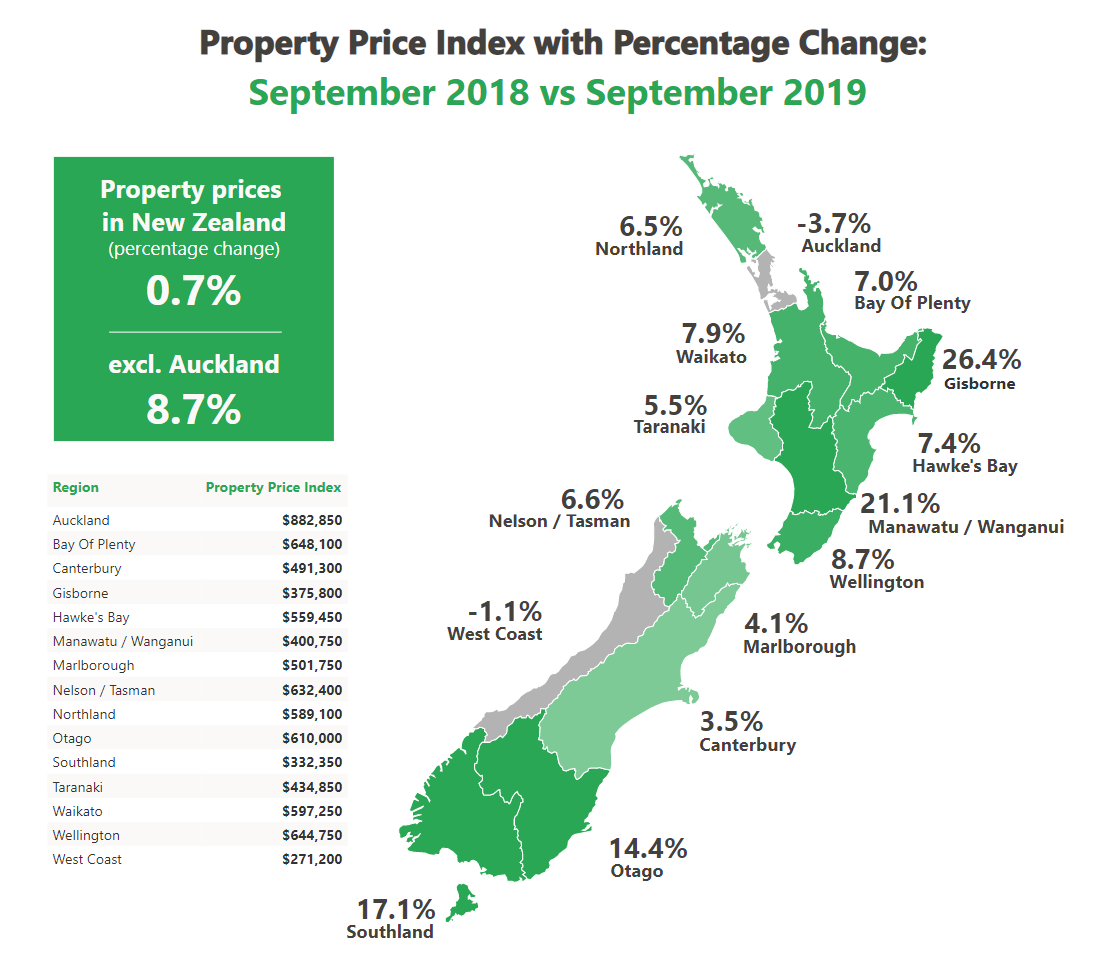 “The national average asking price remained relatively stable year-on-year after a 0.7 per cent increase to $650,050.” 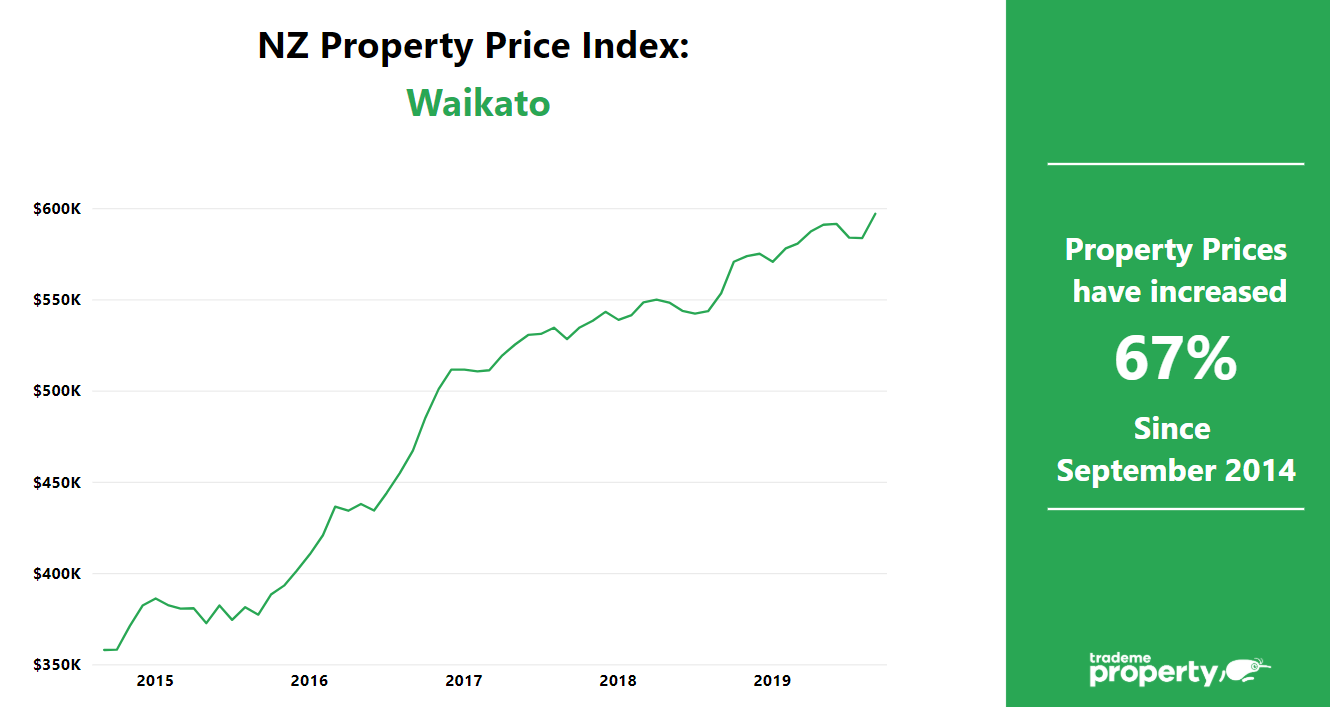 Mr Jeffries said property prices in the region have increased as more people look to move out of the main centres. “The number of views on property listings in Waikato rose 14 per cent on last September as interest grows in the region and prices rise. Hamilton was driving much of this interest and the city saw an 18 per cent increase in listing views year-on-year. 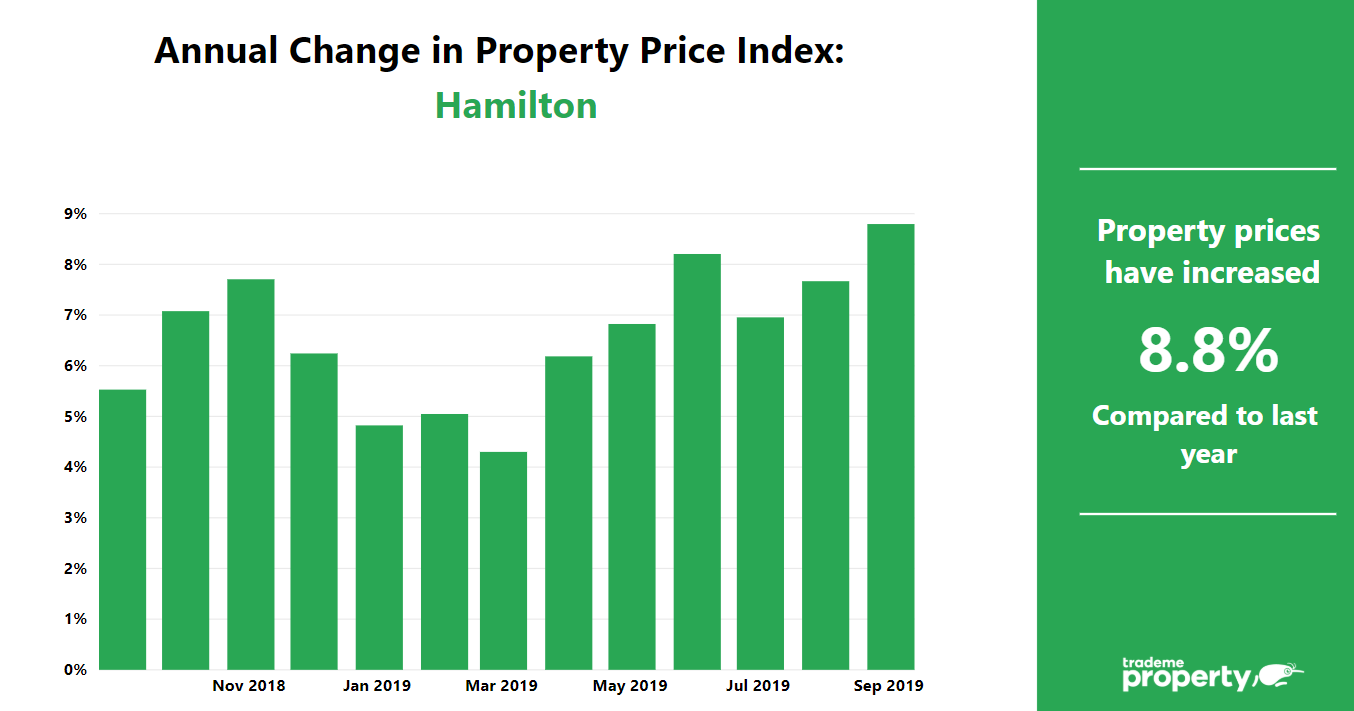 Apartments, townhouses and units are popular in Wellington and Christchurch

“All urban property types (apartments, townhouses and units) in Wellington saw average asking prices increase on the year prior with townhouses and apartments reaching new record.

“Outside Auckland, townhouses and units hit a new high in terms of average asking price in September.” 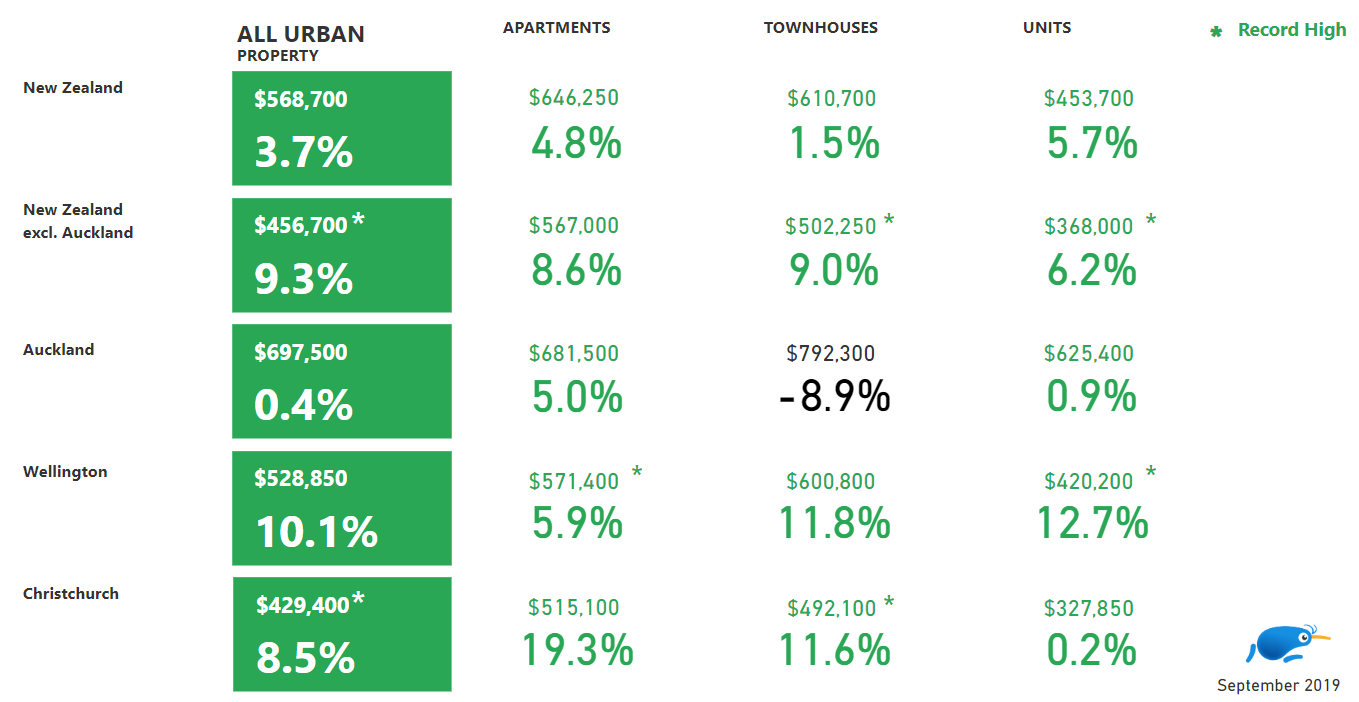 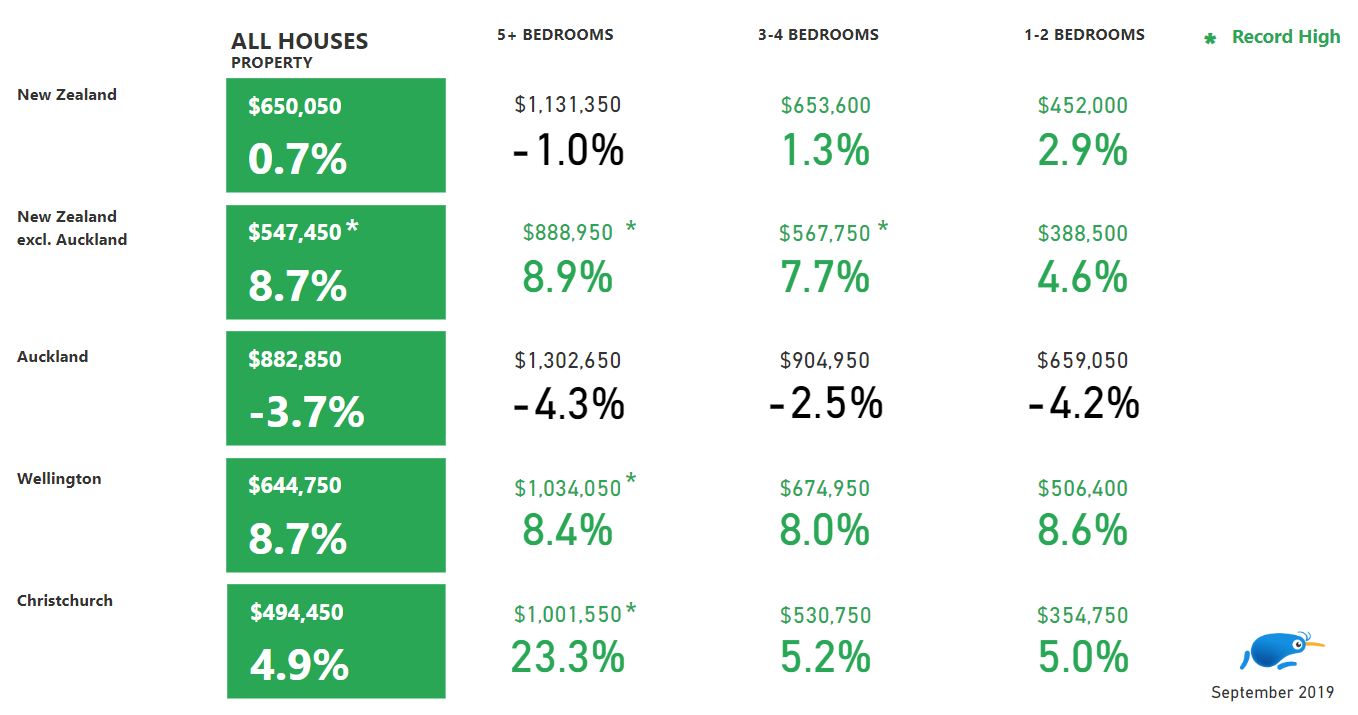 About the Trade Me Property Price Index: